“The data is very disturbing,” says Sofia Hedjam, regional programme coordinator. “For example, 90% of children with intellectual impairments are thought to have suffered some form of sexual abuse. Sexual violence towards children with disabilities is still taboo, both internationally and locally.”

“Because of cultural beliefs and deeply-rooted ideas, most victims are excluded from public life, so they don’t receive information on their rights or they’re unaware that they even have any. Worse still, children with physical and/or intellectual disabilities are totally dependent – financially and psychologically – on their aggressors, who are often family members or friends. What’s more, the people who commit this abuse are rarely brought before the courts.”

One of the strengths of the regional “Ubuntu Care” project, officially launched in Kigali in April 2013, is the fact that children play a vital role in their own protection. “They’ll be involved at each stage of the project, from the conception and development of activities to their evaluation. We’ll use things children enjoy, like theatre, art or games, to get our message across” explains Sofia. “We need to make sure these children are included on existing protection committees in schools or children’s clubs. They need to be given a voice.”

“Families and communities will also be included in the process to enhance the quality of prevention and intervention activities and to better protect children with disabilities against sexual violence. The data gathered in these three countries during the project will be used as part of regional, national and international advocacy actions to raise awareness of the violence to which children with disabilities are particularly exposed due to their extreme vulnerability.”

In March 2015 the next Global Disaster Risk Reduction Conference will be held In Japan. All sessions of the conference Programme (Provisional Draft) are…

“There has been significant progress around the world in recent years toward providing universal access to HIV prevention, treatment, care and support… 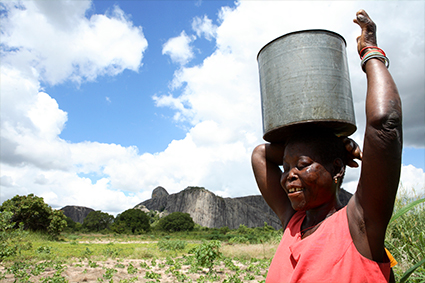 Access to food and land is a great challenge for people with disabilities worldwide. Social exclusion and inaccessible environments make people with…